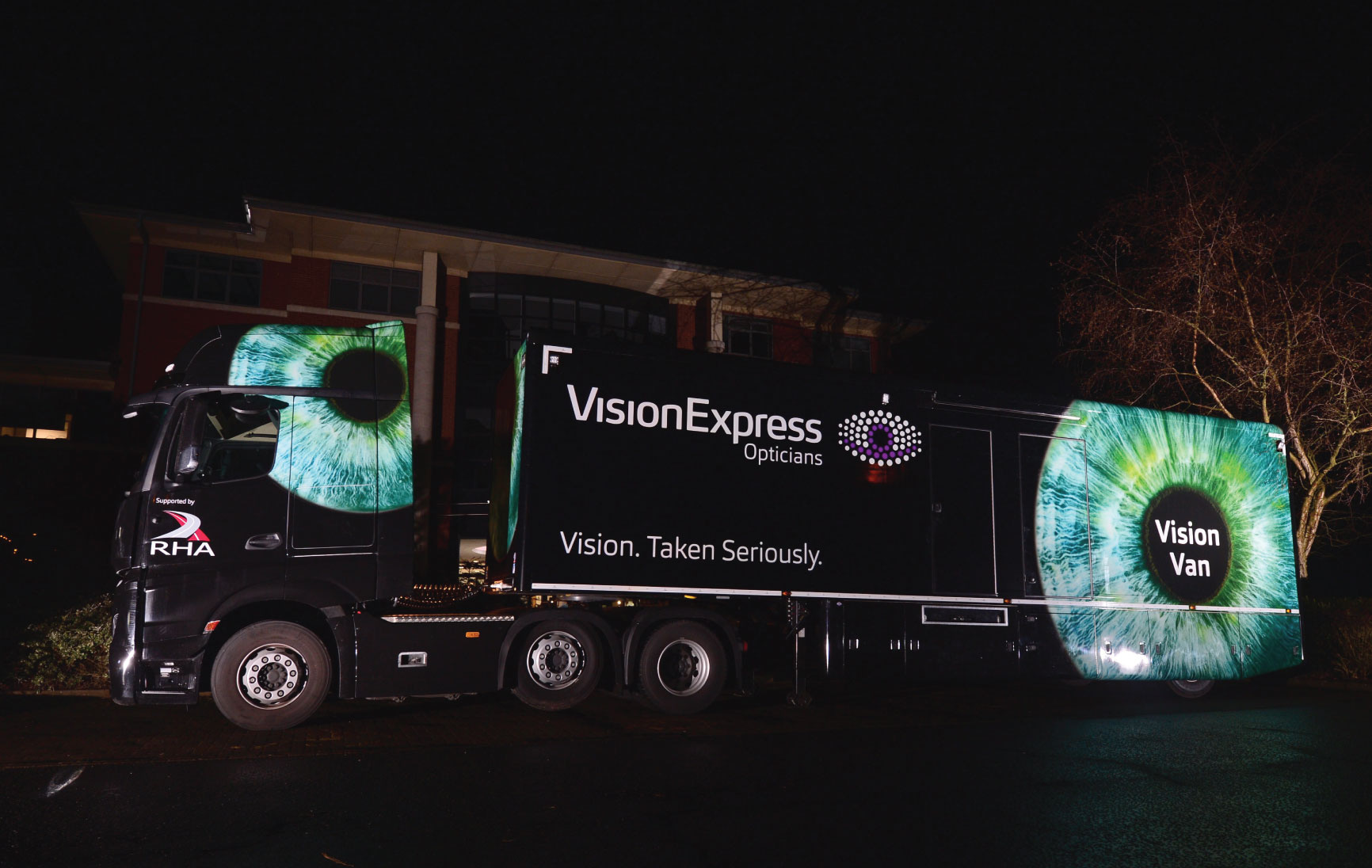 Posted at 09:24h in RGVA News by Kieran McCabe
Share

RGVA Vehicle Graphics, based in Maidstone, Kent, have scooped the top commercial vehicle graphic title yet again, this time for their work with the Road Haulage Association and Vision Express on the ‘Vision Van’.

The British Sign and Graphics Association have hosted the awards since 2013. They aim to showcase the very best of modern British signwriting and to celebrate the achievements, innovations and creativity that’s still very much alive within the ever-changing industry today.

Held earlier this month in Leicester, representatives from all areas of sign writing, which include everything from traditional craft skills to décor and architectural signs and of course, vehicle graphics, came together for the gala dinner awards ceremony.

Having had previous success at the awards with their project Convoy in the Park, RGVA this time submitted a livery that they completed in conjunction with the Road Haulage Association (RHA) and Vision Express.

The Vision Express mobile eye testing unit was launched in March 2018 and has since journeyed the length and breadth of the UK offering free eye tests to the public. Managed in association with the UK’s Road Haulage Association (RHA), it helps to raise awareness of the importance of regular eye tests, particularly for drivers.

Vision Express briefed the RGVA to create a livery that would stand out in every environment and one which would also be easily recognisable for the brand.

With RGVA’s expert knowledge of vinyl material (they are a 3M Select Gold Partner) they had just one product in mind for the job, the recently launched 3M 780C Reflective that gives the illusion of being ‘glow in the dark’. In reality it’s really millions of particles of crushed glass compressed together into a vinyl material so that with even the slightest amount of light the printed colours glow almost fluorescently.

The award win recognised that the team at RGVA used their design expertise and vinyl material knowledge to create an out of the box concept. The distinctive Vision Express Iris was used as part of a beautifully simple creative but is stunningly brought to life with the right materials.

“It’s a real honour to have won the Commercial Vehicle Graphics Award twice consecutively in the six years of the awards, it’s never been done before!” said Richard Cox, Commercial Director at RGVA. “We were given a simple but very open brief and we focused completely on the objective to make the Vision Van a bold, head-turning, visual statement for the client. It truly is an impressive sight to behold and a project we’re immensely proud of”. 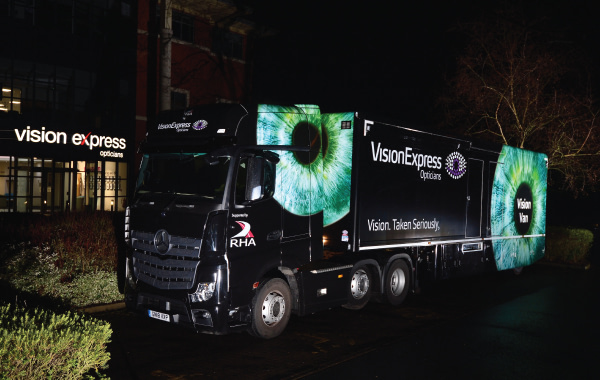 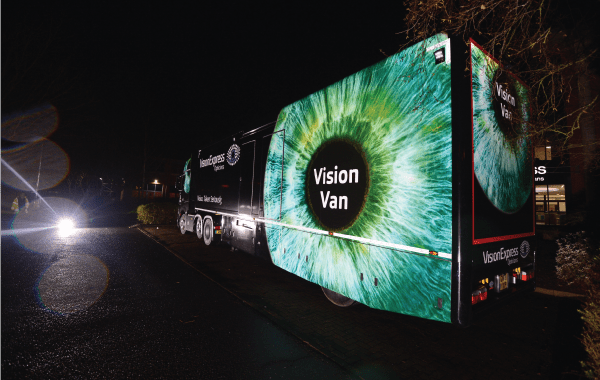 The art of vehicle branding