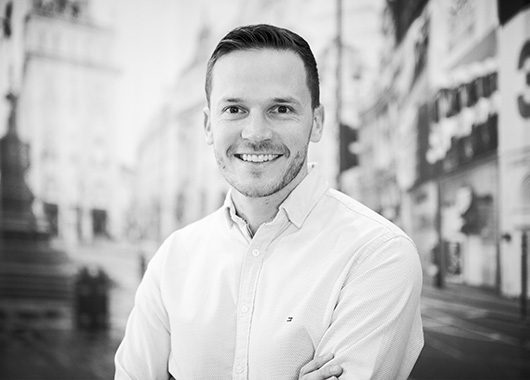 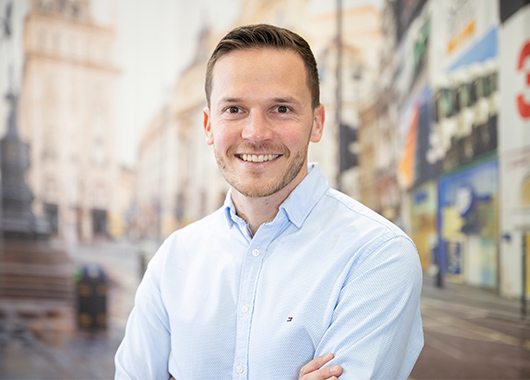 Since joining RGVA in 2003, Kieran has worked across every area of the business, from Design Assistant, to Account Manager, Key Account Manager, Studio Manager, Operations Manager, General Manager, and now Managing Director.

Not one to sit in the office, Kieran has also spent many days on site fitting vinyl graphics, vehicle wraps and Traxx® systems, alongside the dedicated RGVA Application Team.Experiencing every step of the process has given him a great depth of knowledge in the transport graphics industry, which has been hugely valuable in his journey to becoming joint owner of the business.Kieran is passionate about the industry and has an incredibly keen eye for detail, always striving to ensure that RGVA is the best in class for vehicle branding.

In 2009, Kieran trained in Shaolin Kung Fu at the Shaolin Temple, Henan, China. 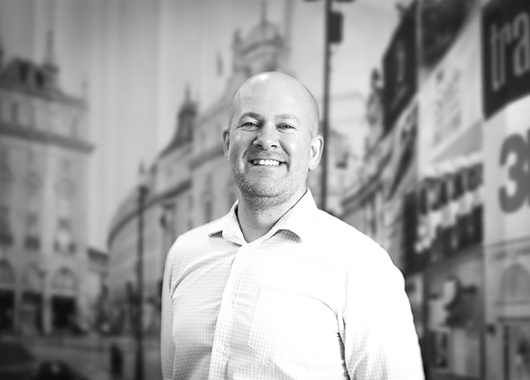 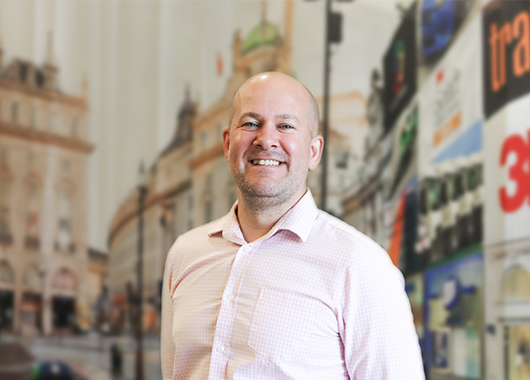 Richard originally started working with RGVA in 2009, as a customer, with his Truck Media business, HaulinAds – which focuses on the power of third party advertising on trucks and trailers.

Talking to fleet operators about how Traxx® could help promote their own brand image, Richard soon began generating a number of leads for RGVA for the installation of the Traxx® system. This naturally progressed into him taking the lead through the whole sales process, and as his knowledge of the industry grew, the sale of vinyl graphics for transport branding was added to his approach.In 2012, RGVA opened an office in York and Richard became a fully-fledged member of the team. Taking on the role of Sales and Marketing manager, he helped oversee a 100% growth in the business over the following two years.When the opportunity to take the reins with Kieran came about in December 2015, he didn’t have to think twice. Now, the challenge is on to continue RGVA’s growth and maintain its status as a market leader in the industry.

Richard is the son of a Haulage Contractor and a bit of a truck geek. Cut him and he bleeds diesel (not red may we add). 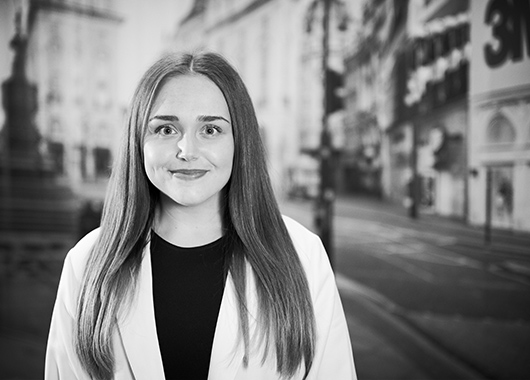 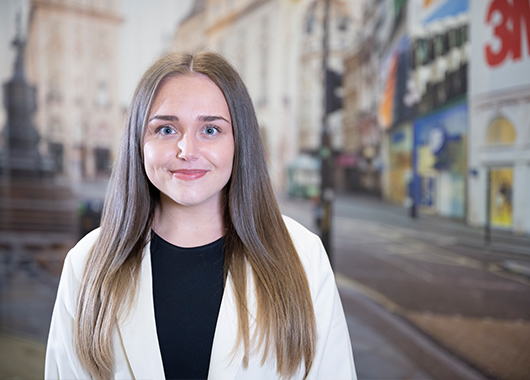 Chloe joined the RGVA team in February 2019 as Management Assistant. Chloe’s hard work can-do attitude and infectious laugher has made her a popular member of the team for both customers and colleagues alike.

Chloe’s main duties consist of assisting Management in the day to day running of the business.

Chloe trained at a Performing Arts college specialising in Dancing, Singing and Acting. She has done several competitions in Cheerleading, Jazz and Commercial dance. 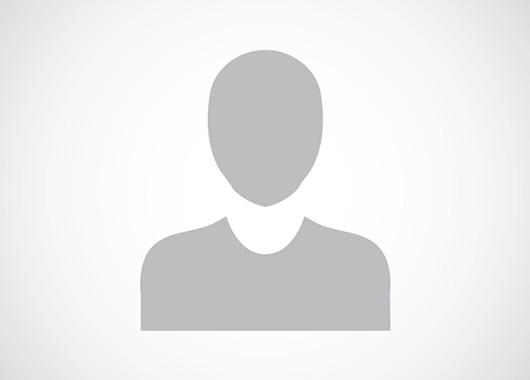 Rob joined the RGVA team in December 2015 just as the business moved into its new premises in Park Wood. Rob has since worked as part of our production team, continuously learning and developing new production techniques.

Rob lived in La Marina, Spain, for a year in his late teens.

Craig has been in the transport sector for over 37 years. He started his career at Next plc in 1985, working at their Leeds RDC loading trucks and trailers, before moving into the world of truck & trailer rental in 1987. After setting up a rental depot in Leeds, he transferred into a sales role and has been helping customers, with the branding of their assets, for 30 years.

Interesting Fact: Craig is a published author following the release of his history book in 2000 entitled, “The Little Book of Sewerby”. 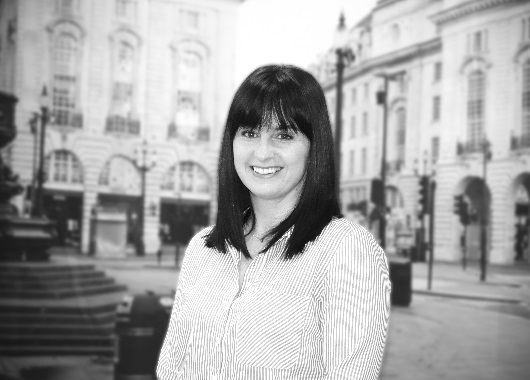 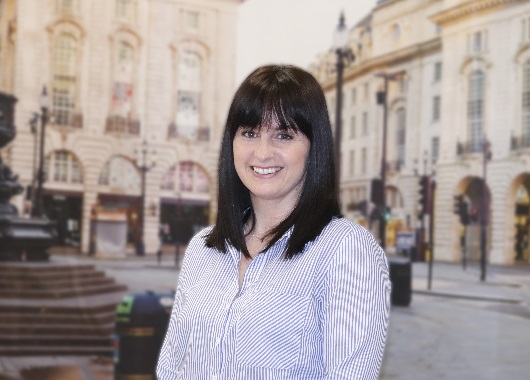 Sarah joined RGVA at the beginning of 2022 as Key Account manager. She has worked in the graphics industry for 10 years and brings a wealth of knowledge and expertise. 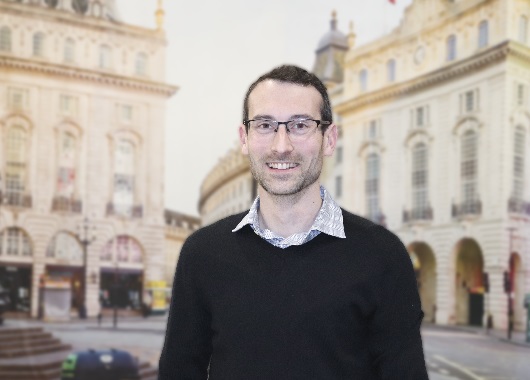 Andy joined RGVA in March 2022 having spent the previous 8 years working in aviation, specifically flight training operations, bringing with him a fresh perspective on the operational aspects of the business.

Fact – Andy held a pilot’s license before holding a car license (both done at age 17!) 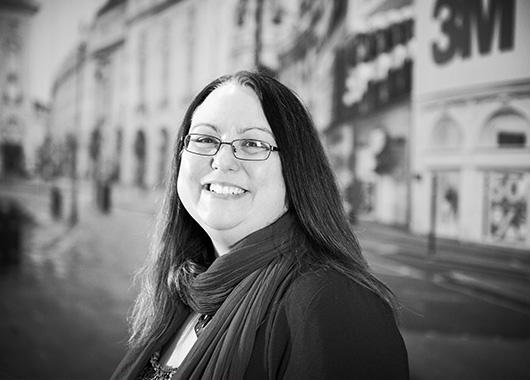 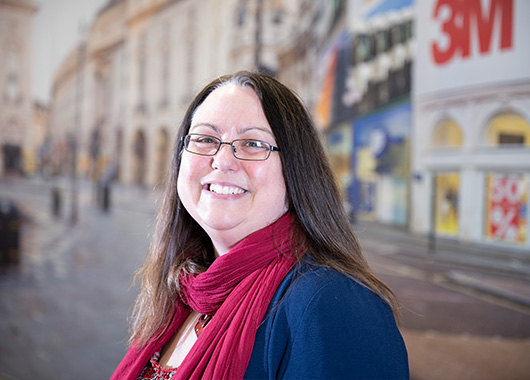 When Sara joined RGVA in March 2021 she brought with her over 20 years’ of experience working within the design and print industries, including automotive campaigns and developing Interpretation displays for clients.

Sara as worked on a wide variety of identity, corporate communication projects and promotional material. She has strong technical ability and initiative to achieve creative solutions for her clients’ business requirements.

Sara studied at the University for the Creative Arts (Formally KIAD) and has a Higher National Diploma in Graphic design. She also enjoys cooking/baking, live music concerts and the theatre. 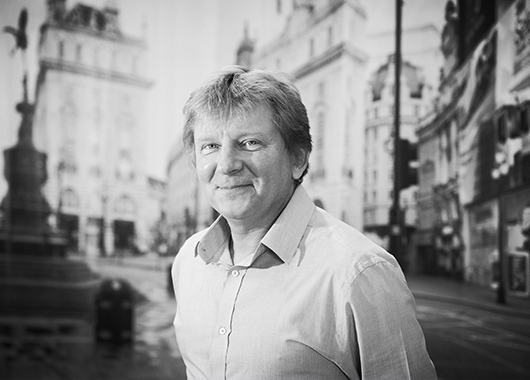 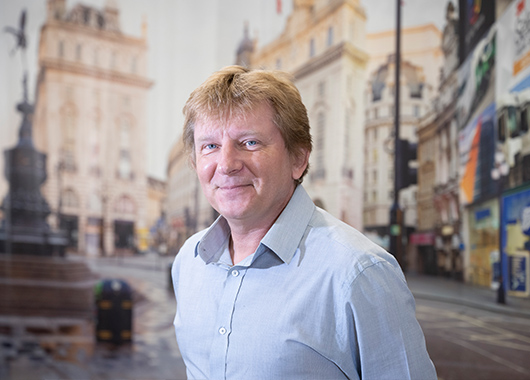 When Arthur joined RGVA in November 2015 he brought with him more than 20 years’ experience in the design industry, with 15 years specialising in vehicle branding and signage.

Originally from South Africa, Arthur moved to the UK to showcase his creative flair and passion for design. He enjoys the challenge of coming up with new branding concepts and is always on hand to offer his experience and expertise to our clients.

Arthur’s other passion is music. He has spent many years as an entertainer all around the world as a guitarist / vocalist in a variety of bands and as a solo act. 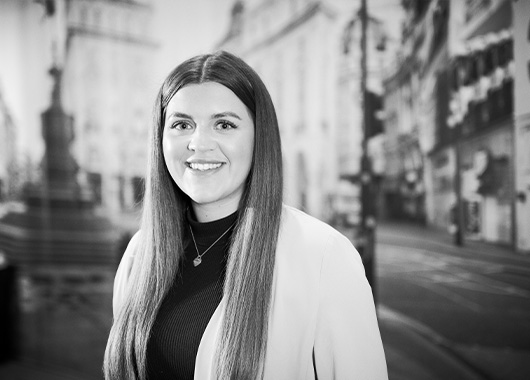 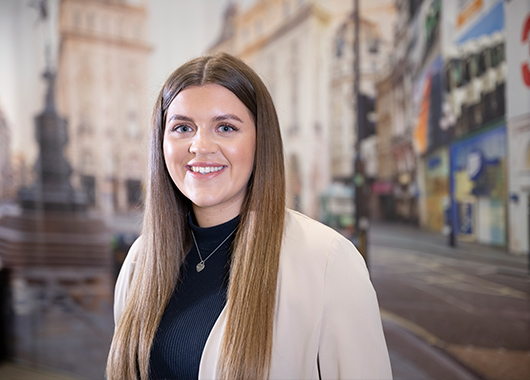 Rachel joined the RGVA team in September 2019 having previously worked in several customer service roles. Rachel’s primary role is to respond to our incoming enquiries, customer support and to produce quotations.

Rachel has proven herself as a real asset to the RGVA team and built great relationships with many of our customers.

Rachel completed a Level 2 Gym Instructor course at her dance college, learning about safety in the gym, human anatomy and the principles of exercise and fitness. 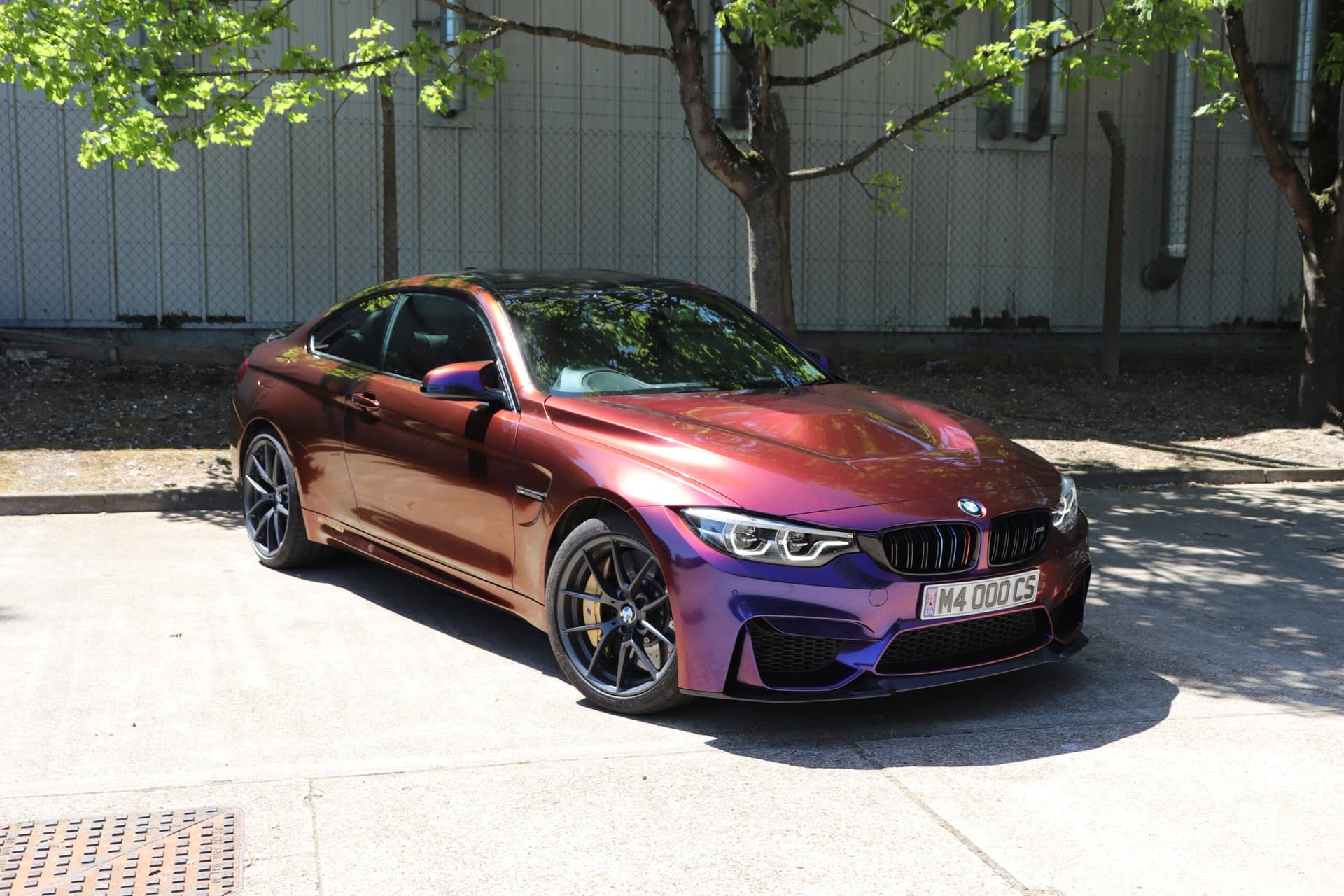 How to Choose a Vehicle Wrapping Supplier

How to care for your vehicle graphics 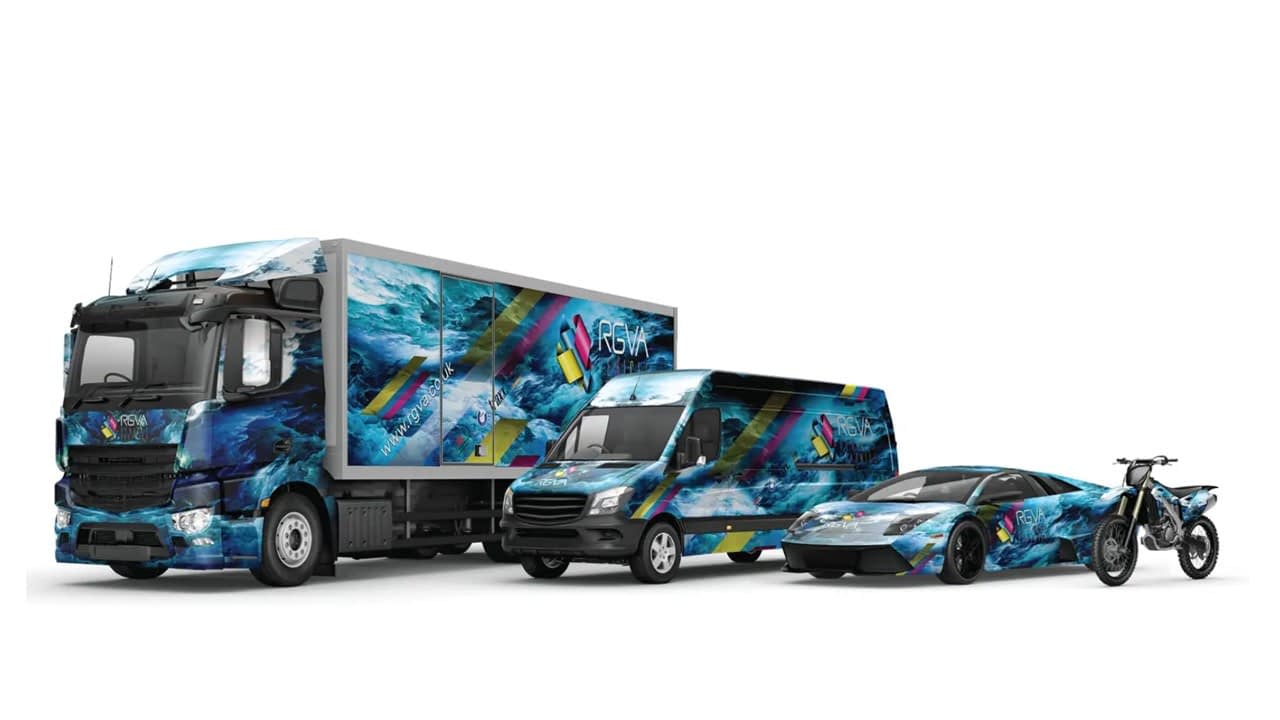 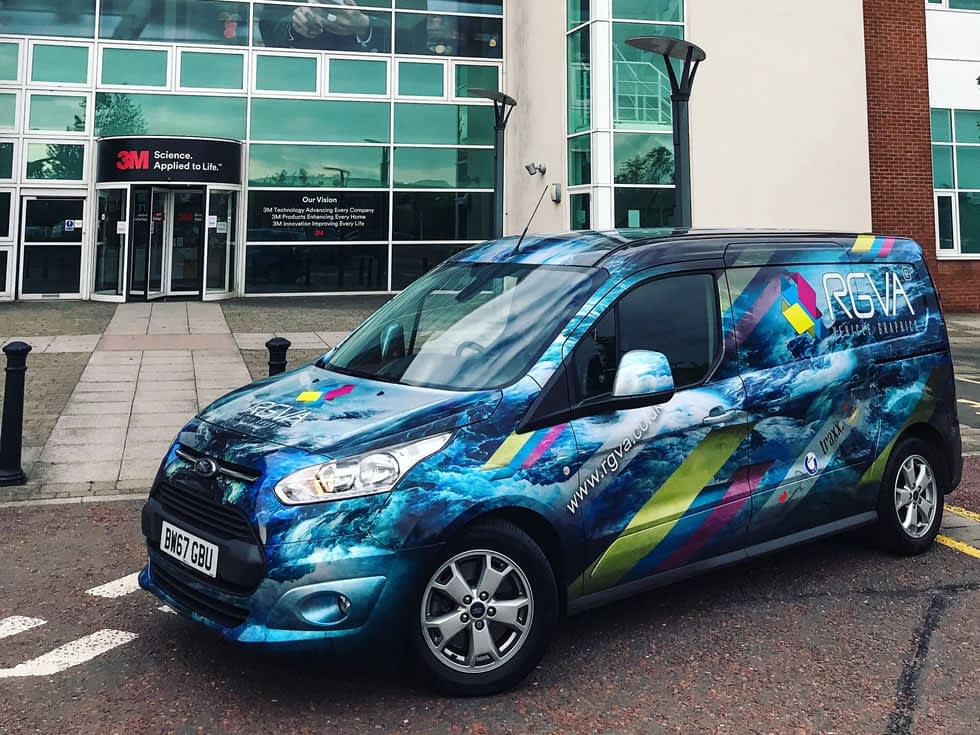 Signage To Make Your Workplace COVID-Secure During The Coronavirus Pandemic 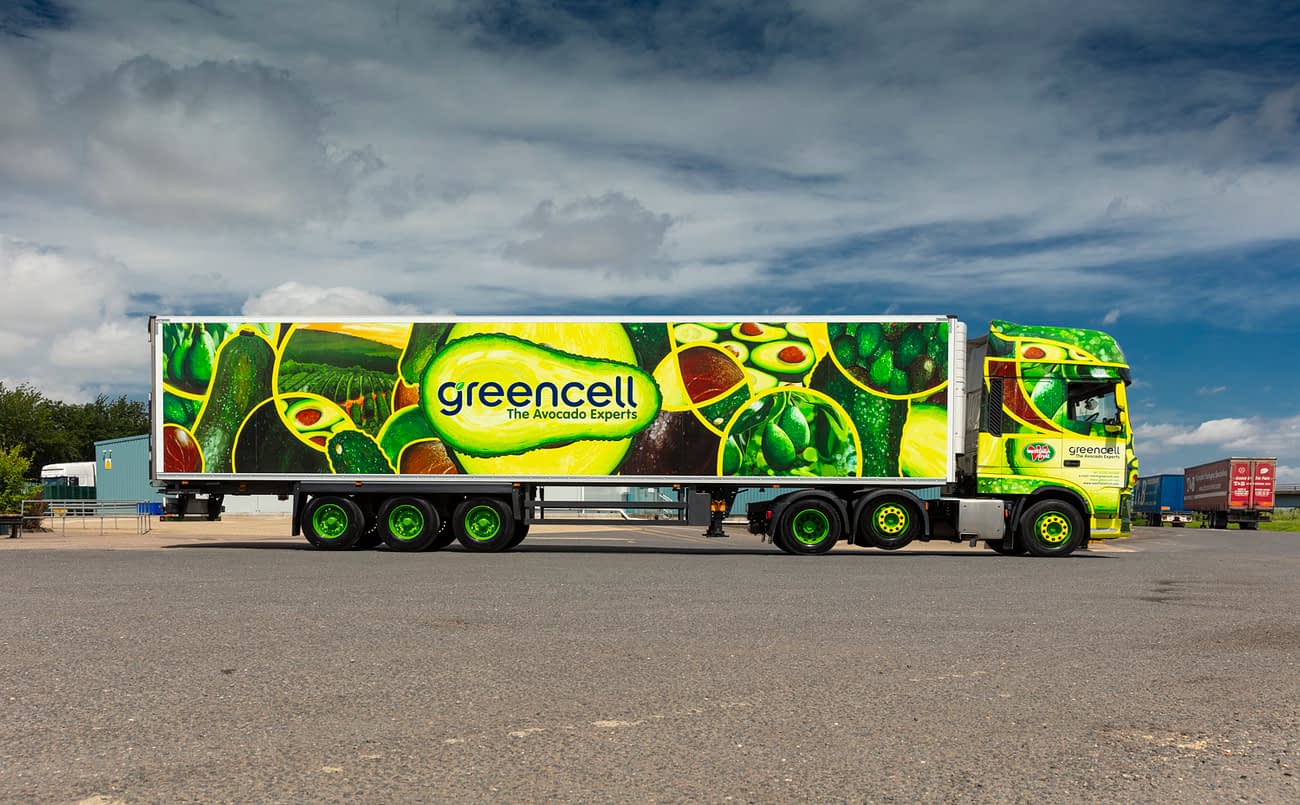